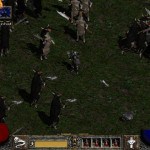 Another big pile this week and I need to color me some Easter eggs, so today’s summaries are quick.

State v. Smith, 2015-Ohio-1204
Smith pulls the mini-van to the side of the road and “he and his baby mama were arguing.”  The cop sees it as a potential domestic disturbance and pats him down.  Smith has marijuana, cocaine and a big roll of cash and catches a Trafficking charge.  The Court says the search was justified for officer safety.  Grendell, Rice, Wright.

State v. Clark, 2015-Ohio-1209
The trial court dismissed Clark’s Weapons Under Disability case for violating his right to a speedy trial.  The State argues that Clark caused the delay by skipping a court date.  Clark argues that the State still should have pressed forward with the case.  The State wins.  Grendell, Rice, O’Toole.

In re Z.N., 2015-Ohio-1213
A win for Mike Gabelman at the Lake County Public Defender’s Office.  Z.N. broke into a house and ended up pleading “true” to Attempted Trespass in a Habitation.  The juvenile court tagged him with $1458 in restitution because the victims decided to purchase a $199 security system and a 3-year $35/month contract.  The restitution statute only allows for economic loss.  You can’t make the kid pay for extra stuff.  Wright, Cannon, Rice.

State v. Reddick, 2015-Ohio-1215
Reddick pled no contest to a felony OVI, her 6th in 20 years.  The trial court gave her 18 months in prison on the OVI, and 3 consecutive years on the repeat-offender specification.  On appeal she argues that the specification is unconstitutional.  The contention is that the State can get a much greater punishment without having to prove any additional facts.  This argument recently won in the 8th District in State v. Klembus, 2015-Ohio-3227.  The Ohio Supreme Court had previously held in State v. Wilson, 58 Ohio St.2d 52 (1979) that “where two statutes prohibit identical activity, require identical proof, and yet impose different penalties, then sentencing a person under the statute with the higher penalty violates the Equal Protection Clause.”  The court here follows the 12th District instead, differentiating Wilsonbecause Wilson was charged with Burglary and Aggravated Burglary.  Reddick, on the other hand, only had a single count of OVI.  Cannon, Grendell, O’Toole.

State v. Gonzalez, 2015-Ohio-1217
Gonzalez is serving 4 years for OVI and Aggravated Vehicular Assault.  He didn’t appeal his sentence.  A year or so later he filed a motion to vacate his fines and restitution.  The trial court denied the motion and the Court says he should have appealed the financial sanctions as part of a sentencing appeal so now it’s res judicata.  Cannon, Grendell, O’Toole.

In re A.A.H., S.L.H., G.M.H, 2015-Ohio-1218
A mother surrendered her 3 children to the permanent custody of the Department of Job & Family Services – permanently severing all her rights as a parent.  That same day she wrote a letter to the court saying that she hadn’t really wanted to do that.  The trial court gave her a new lawyer, who filed for relief from that judgment.  The court granted the motion, and Job & Family Services appealed.  The Court finds that the mother’s misgivings were sufficient reason, though it stresses that the decision in this case is both “equitable and discretionary.”  The mother’s immediate action was key in this decision.  Grendell, Cannon, O’Toole.

State v. Perry, 2015-Ohio-1221
This is Perry’s 6th pro se appeal from his 2001 case.  He had some minor successes arguing proper sentencing but always ending up with the same 13 year sentence.  This time he argues that the trial court improperly imposed PRC after his prison sentence had been completed.  That argument on its own is a winner – problem is he hadn’t actually completed his prison sentence.  In fact, the address on his appellate briefs was the Grafton Correctional Institution.  O’Toole, Wright.  Cannon concurs in judgment only.

State v. Jordan, 2015-Ohio-1223
Jordan tried to rob a Ponderosa and in the process kidnapped a 16 year old boy.  He was sentenced to register under the 2003 Senate Bill 5 update to Megan’s Law as a “child victim offender” even though there was no sexual motivation.  It’s unclear if he was reclassified when the Adam Walsh Act took over in 2009, but at any rate reclassification was later determined to be unconstitutional so he was back under Megan’s Law.  He contested his classification under Adam Walsh.  The trial court dismissed it because he wasn’t classified under Adam Walsh.  He appeals the dismissal, also arguing that he didn’t get a hearing and that registration for non-sex crimes shouldn’t be retroactive.  The label attaches by operation of law, so no hearing is necessary, and the Ohio Supreme Court already decided retroactivity of SB5 was constitutional.  O’Toole, Cannon, Grendell.