More juvenile opinions this week than every blog I’ve posted since I started – combined! 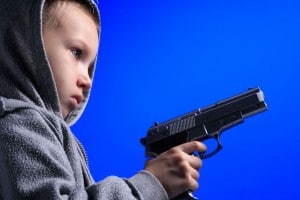 State v. Brown, 2015-Ohio-3557, Trumbull County
Brown filed pro se, asking for leave to file a delayed appeal.  She said she was late because she didn’t know she could appeal.  At her sentencing, she signed a paper that said “my attorney told me I could appeal.”  Appeal dismissed.  Grendell, Rice, Wright.

Allen v. Altiere, 2015-Ohio-3556, Trumbull County
Finally, a petition for a Writ of Habeas Corpus that’s not pro se!  Not coincidentally, it was filed correctly and included all required paperwork, so the court actually gets to the merits.  Allen alleges that his million-dollar bond is too high.  Problem is, his bond was raised from $25,000 because he was getting charged with more crimes while out on the lower bond and was “a suspect in several shootings.”  Also, he didn’t show up for court on the new charges a couple times.  Petition denied.  Per Curiam.

State v. Warner, 2015-Ohio-3550, Lake County
The trial judge gave Warner 30 months on a third-degree felony cocaine charge, and ran it consecutive to his current federal sentence.  Warner argues that the sentence was too long and shouldn’t have been consecutive.  The trial court considered all the right factors and said all the right words, so the sentence stands.  Cannon, Rice, Wright.

State v. Love, 2015-Ohio-3548, Lake County
Love challenges his conviction for Felony Murder because, although the jury signed the verdict for for Murder, they didn’t sign the verdict form for the underlying Felonious Assault charge.  He previously appealed his conviction and didn’t raise this issue, so it’s too late to raise it now.  O’Toole, Cannon, Wright.

In re: H.C., 2015-Ohio-3545, Portage County
A win for Akron attorney Denise Ferguson.  The trial court found H.C. to be a Neglected Child.  H.C. had exhibited some suicidal behaviors and ideation, and his mother was not addressing the issue – at one point saying “it’s not that big of a deal.”  She argues that the trial court took longer than the statutory 90 days to bring the case to trial, but that particular statute allows for plenty of exceptions – in this case, the mother’s own written objections pushed the case past the 90 days.  The manifest weight argument also falls short. The win comes because the trial court doesn’t make the required written findings of fact detailing the Department of Job and Family Services’s “reasonable efforts” to return the child to the home. Cannon, O’Toole. Grendell dissents with dissenting opinion.

State v. Kirschenmann, 2015-Ohio-3544, Portage County
Kirschenmann pled guilty in 2012 to three counts of Receiving Stolen Property, five counts of Forgery, and making meth.  Two years later he asked to withdraw his plea.  He is appealing the denial of that request. That’s an extremely tough case to win, and he doesn’t.  O’Toole, Rice, Wright.

In re: K.T., H.W.T., E.T., 2015-Ohio-3543, Lake County
The trial court found the three kids to be Dependent Children. All three had significant mental health issues that the parents didn’t address.  Also, the parents kept loaded guns in the house and “didn’t believe in gun safes or trigger locks.”  Mother kept a gun under her pillow because H.W.T. threatened to kill her in her sleep.  E.T. once threatened to go home, get his father’s gun, and kill another student. The kids and the father were violent and aggressive in general.  At one point a case manager went to pull a pen out of his pocket, and the father pulled a gun on him.  One of the kids once injured another by throwing ammunition into a fire. I don’t think it’s a surprise to anyone that the manifest weight argument doesn’t fly here.  O’Toole, Wright. Grendell concurs in judgment only.

State v. Prodonovich, 2015-Ohio-3542, Lake County
Prodonovich asked the trial court to fire his attorney, and went to trial pro se. The public defender sat in as standby counsel.  The jury found him guilty of Grand Theft for stealing $200,000 in checks after a business deal went bad.  He argues the weight and sufficiency of the evidence, but the Court finds otherwise.  O’Toole, Cannon, Rice.

In re: T.D.R., 2015-Ohio-3541, Lake County
T.D.R. robbed a gas station with a BB gun and ended up classified as a Serious Youthful Offender. That means that the trial court imposes a juvenile sentence (in this case a stint in the Department of Youth Services), with an adult sentence tacked on at the end (in this case, 4 years in grown-up prison.)  However, that adult prison sentence is suspended as long as the kid completes the juvenile sentence, is sufficiently rehabilitated, and doesn’t do anything else bad in the meantime.  T.D.R argues here that the court didn’t consider the necessary factors before imposing the blended sentence, but the Court holds otherwise.  Rice, Cannon. O’Toole dissents with dissenting opinion.

In re: G.L.L, 2015-Ohio-3539, Geauga County
G.L.L. finished a stint in the Department of Youth Services in August of 2013. In October he was mowing grass on a work detail and punched a staff member in the face. That plus other shenanigans got him five new charges and five consecutive 90-day sentences in the detention home. He appeals the sufficiency of the evidence, some hearsay evidence that he wanted admitted, and the consecutive sentences.  None of it goes anywhere, but the Court notes in passing that merger doesn’t apply in juvenile cases. That’s a potentially scary thought. Rice, Wright.  O’Toole dissents with dissenting opinion.