The Importance of Forensic Evidence in Court 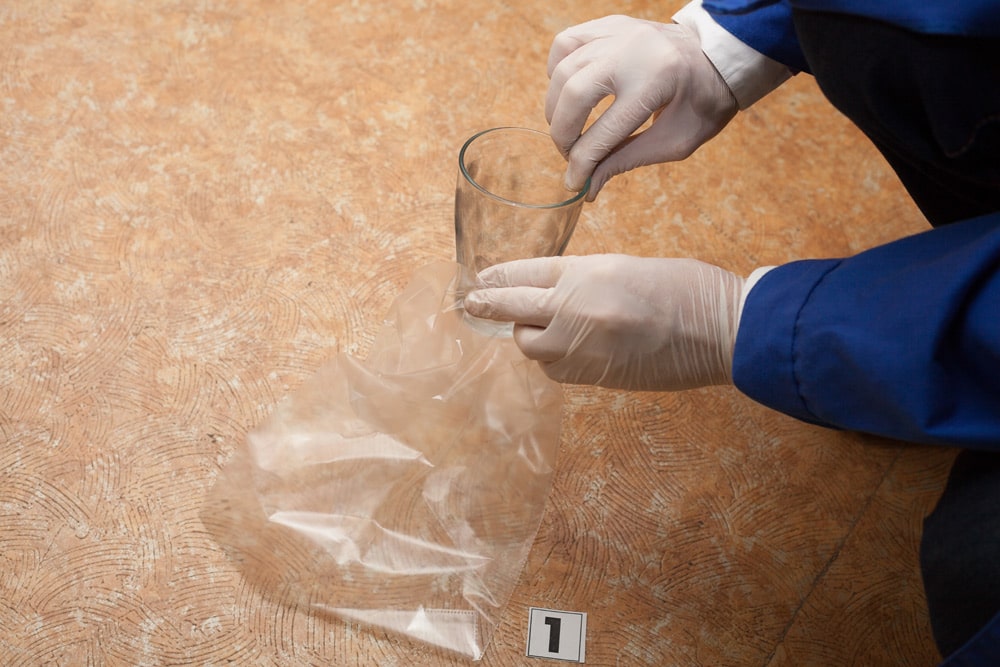 When someone is charged with a crime, the prosecution and defense typically call in witnesses to testify about the guilt or innocence of the person who has been accused. One of the most important players in all this testimony often isn’t a person at all: it’s the forensic evidence.

What is Forensic Evidence?

Forensic evidence is obtained through the use of scientific methods. Investigators may use ballistics, blood tests, or DNA testing as forensic evidence. Think of any courtroom drama you’ve ever seen on TV. The little baggie containing samples of hair? The DNA testing of skin found underneath a victim’s fingernails? Long-deleted files that were discovered on a suspect’s computer? Those are all pieces of forensic evidence.

The importance of forensic evidence in court cannot be overstated, as it is often the key to proving that someone is guilty or innocent of the actions for which they’ve been charged.

Forensic evidence is useful in helping solve the most violent and brutal of cases, as well as completely nonviolent cases related to crimes such as fraud and hacking.

If a decomposing body is found in the woods somewhere, forensic scientists can use DNA, dental records, and other evidence to identify the person, determine the cause of death, and sometimes determine if the body contains material from another person who may have been present at the time of death.

Investigators often look for forensic evidence in cases where sexual assault is suspected. In some cases, DNA evidence can prove or disprove allegations of rape or child molestation.

Forensics are also useful in drug and DUI cases. Scientists can test unidentified substances that were found on an individual to confirm whether or not they are cocaine, heroin, marijuana, or other controlled substances. Investigators use forensic toxicology to determine whether a driver was impaired at the time they were involved in an accident.

The field of forensics isn’t only limited to evidence obtained from people’s bodies. Ballistics (otherwise known as weapons testing) can tell investigators a lot about cases where gunfire was involved. Did a bullet come from a particular gun? Where was the shooter standing? How many shots did they fire? Ballistics can help answer all of these questions.

Another area of forensic evidence lies within the circuits of our phones and computers. Those who commit cyber crimes leave behind traces of their activities in databases and documents scattered throughout the digital world. Forensic computer specialists know how to sort through the information to discover the truth.

How Forensic Evidence Is Used in Court

While the testimony of various individuals can be subjective depending on which side for which they’re testifying, forensic evidence is different. The importance of forensic evidence in court is that science is objective. It doesn’t lie. A judge or jury is more likely to find favor with the side that presents compelling forensic evidence to prove a party’s guilt or innocence.

That being said, if you find yourself in a courtroom — and particularly if you’re being charged with a crime — it’s critical to secure an attorney who is familiar with the ins and outs of forensic evidence.

This is important for two reasons. For one, your attorney needs to be knowledgeable about the evidence they can seek out in order to prove your innocence. How could you have been on that side of town when the records show that you made a phone call from an hour away? Whether it’s computer/phone records or DNA evidence, forensic evidence can be useful in upholding your alibi.

In addition to this, it’s key to have an attorney that understands any forensic evidence that is being presented by the prosecution. A skillful attorney will know what questions to ask regarding that evidence. How and when was it obtained? Was there an opportunity for it to be contaminated or otherwise compromised? Does a particular piece evidence, in fact, actually point to guilt, or is it being cherry-picked from other less convincing pieces of evidence?

Legal representation that understands the importance of forensic evidence in court can put together all of the pieces of the puzzle in order to provide you with the most comprehensive defense.

If you have been charged with a crime, Cleveland felony attorney Matthew C. Bangerter, ESQ. can help. Click here for an initial consultation or call (440) 241-4237 to start planning your defense.